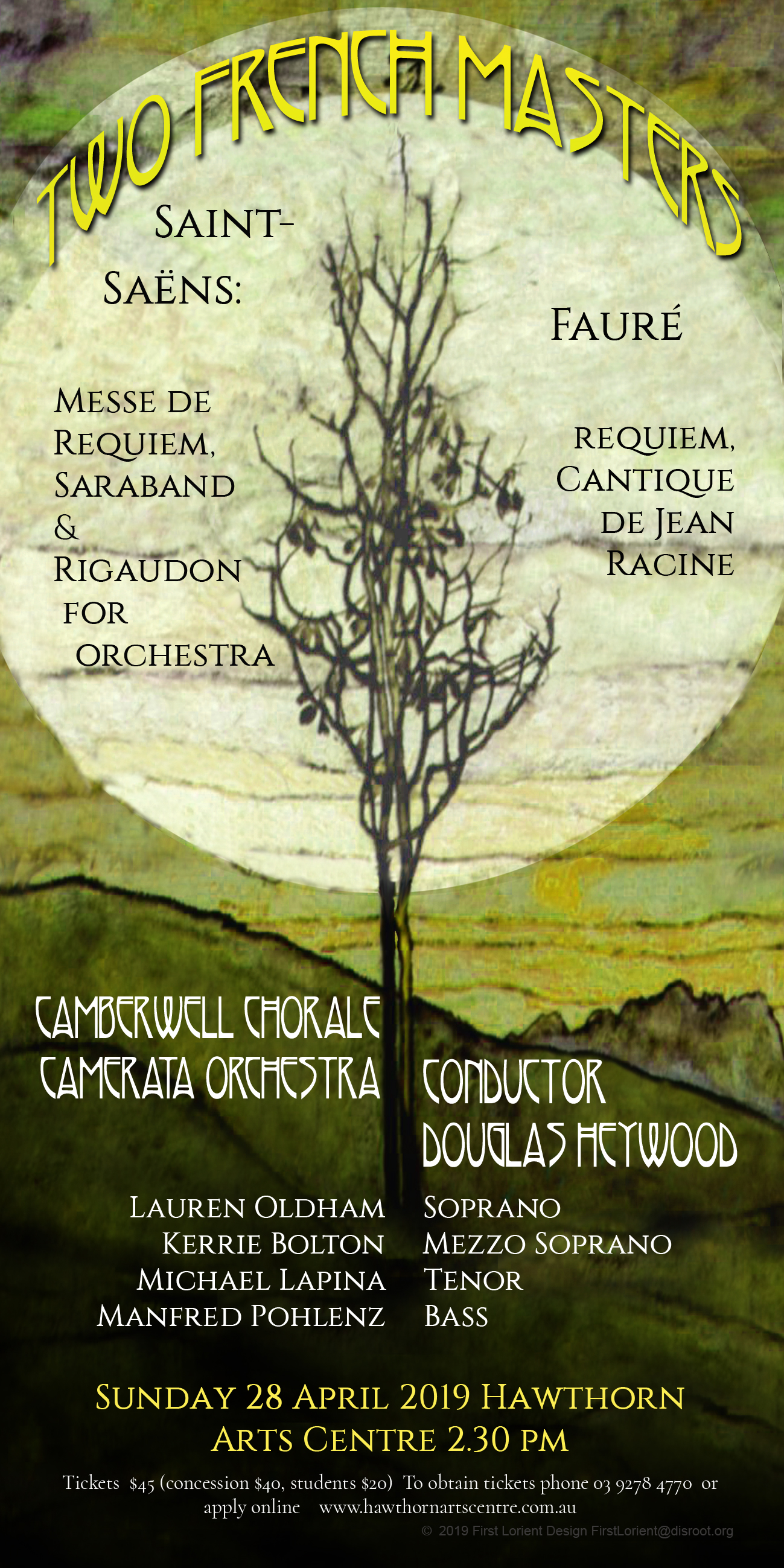 Join us at the Hawthorn Arts Centre, Burwood Road, Hawthorn, on Sunday, 28th April 2019 at 2:30 pm for Two French Masters – Fauré and Saint-Saëns.

In 1877 Saint-Saëns travelled to Switzerland to write a requiem at the request of his lifelong friend Albert Libon. The Messe de Requiem was completed in eight days and was performed under the composer’s direction in 1878.  Ten years later his pupil Gabriel Fauré composed his Requiem, possibly in response to the death of his father in 1885.

Both works are included in this programme as well as Fauré’s famous choral work Cantique de Jean Racine.

Book Online or use our contact form to request more details.

He who sings scares away his woes.