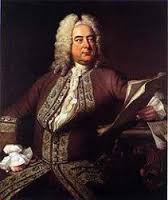 Join us at the Hawthorn Arts Centre, Burwood Road, Hawthorn, on Sunday, 26th April 2020 at 2:30 pm for Music of Handel and Haydn.

The Camberwell Chorale and Camerata Orchestra will perform Handel’s Utrecht Te Deum and Jubilate Deo, written in 1713 to celebrate the Treaty of Utrecht which marked the end of the War of the Spanish Succession.  This was his first major sacred work to be written in English.

The concert will also include Haydn’s short Te-Deum in C and conclude with Handel’s rarely performed Foundling Hospital Anthem which was written six years after his Messiah.

Music expresses that which cannot be said and on which it is impossible to be silent.